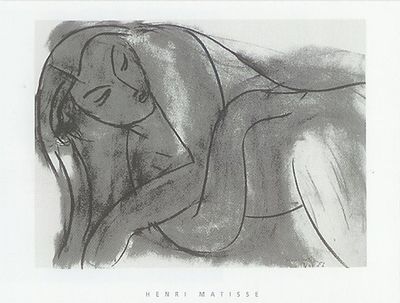 THE BODY KEEPS THE SCORE, DYNAMICAL NEUROFEEDBACK AND PTSD

The Body Keeps The Score

Thanks to several clients, I had the chance to read the translated version of the much-acclaimed book, The Body Keeps The Score by doctor Bessel van der Kolk.  The translation was a great success in France as well and last September, Doctor Bessel was in Paris to deliver a lecture at a hospital renowned for its psychiatric department.

Doctor van der Kolk is an American psychiatrist with Dutch origins.  He is a specialist in post-traumatic stress disorders (PTSD) and the founder of the Trauma Center in Boston, MA.

With four decades of clinical practice, his reflections and the advances in neurosciences, the author brings to light the impacts of trauma (conflict, educative violence, rape, terrorism attack, natural disaster…) on the body, the mind and the brain. He also strongly asserts that, as of today, psychiatrists are still not taking enough into account the debilitating effect of trauma on people who are seeking  help.  Whether treatment by medication or talking, the doctor suggests paying more attention to the body.

Throughout his career, the author has always been very open-minded and has trained himself in all kinds of therapy or wellness methods, ranging from EMDR, yoga, neurofeedback and drama class.  As a result, his work has tremendously contributed to healing some of his patients from their trauma, helped them to move forward and above all restored their faith in life. All his testimonies carry a beautiful message of hope that has drawn a few persons to come through my office’s door.

During his studies, Doctor van der Kolk worked as a research assistant in a sleep laboratory. His job was to record and analyze EEGs from participants taking part in a study on sleep processes.

Later, early in his career, hoping to make better diagnoses, he would send many of his patients to get EEGs.  The way in which they were analyzed brought so little useful information that he gave up on requesting it systematically. At that time, the pharmaceutical paradigm was so prevalent that there was very little interest in the electrophysiology of the brain.

Then, in 2000, a study on the differences in information processing between traumatized subjects and a group of “normal” Australians revived his interest.  The results of the study reminded him of what Pierre Janet[1]had said back in 1889: “Traumatic stress is an illness of not being able to be fully alive in the present”.

Then, in 2007, the author met Sebern Fisher at a conference.  Sebern Fisher[2]was a former clinical director of a residential treatment center for severely disturbed adolescents and had been an accomplished neurofeedback trainer for years. After showing him the positive effect of this method on a particularly difficult child, he was totally flabbergasted: “I had never come across a treatment that could produce such a dramatic change in mental functioning in so brief period of time”.

Intrigued, he visited Sebern Fisher at her office in Massachusetts to learn more about neurofeedback and to be trained. Sebern Fisher had also arranged a meeting with three of her clients whose stories of overcoming trauma were just un-heard of.  Convinced of the huge potential of the method to treat trauma, he introduced it to the Trauma center in Boston.

When my clients, expressing difficulties related to a post-traumatic stress disorder, came to see me after reading the book or hearing Doctor van der Kolk’s lecture, I was very clear. The neurofeedback method they were about to discover was radically different from the one they had read (or heard) about.

The dynamical neurofeedback™ has been designed to take into account the dynamic nature of our central nervous system by the algorithms chosen to process its electrical signals. It has also been designed to make it very easy to use, as well as very accessible to all and truly safe.

During a session, you are comfortably seated in front of a screen at a trainer’s office or at home. By placing 2 captors on the scalp and 3 on the ears, the system records and analyses the signals coming from the electric activity of the brain while listening to music or watching a film. Simultaneously, the software will detect all the changes in this activity and will inform you of these changes by pausing (in millisecond) the sound to which you are listening. Actually, these very brief interruptions are feedbacks that are provided to you on your own brain functioning.  Alerted to what it just did, the brain is encouraged to better regulate itself and to redirect itself toward a more relaxed, comfortable and efficient functioning.

Well informed and their first session completed, my clients decided to pursue their dynamical neurofeedback™ training. After a few session, one of them, an EMDR therapist decided to purchase a system to be included in her practice.

Astrid[3], the first client who told me about the book, was concerned with an easily identified post-traumatic stress disorder (PTSD). After she had suffered a severe emotional shock 3 years prior, her sleep patterns were very disturbed. She was extremely tired and frustrated when we first met. After about 10 sessions, her sleep was completely ‘normal’ again, even in a stressful setting.  When she happens to open an eye from time to time, her brain does a quick assessment, realize there is no place for recurring thoughts and she falls back asleep.

From the beginning, she could feel her sleep getting less disturbed and of better quality.  Less tired and irritated, while encouraged by these positive feelings, she rediscovered her taste for music and finds herself listening to music again.

I can attest that she felt very relieved to be freed from her insomnias as she was 3 months pregnant. Nevertheless, not taking things for granted and motivated to have a pleasant pregnancy, she decided to keep training once a month.

For Clara, the second client to have told me about the book, there was no doubt. According to her, it was the dynamical neurofeedback™ training that made her second pregnancy possible.

Clara wanted to train her brain in to get help with sudden bursts of uncontrollable rage which would thankfully disappear as suddenly as they would appear. This excessive anger would particularly be triggered by misunderstood conversations with her husband. Even though these crises didn’t occur very often, as a mother of a year and half old daughter and a loving spouse, she wanted to get rid of this behavior in which she didn’t recognize herself at all. She did suspect that it arose  from a post trauma linked to her mother’s behavior when she was a child.  Not knowing what to do with this information and willing to move forward, she decided to attend 10 sessions.  Very disciplined, she came once a week. She very content to feeling more appeased and more in-control of her emotions.

During the 7thsession, last December, she informed me she felt a bit tired. No wonder! She couldn’t resist announcing to me her second pregnancy, way before the three fateful months. This is how I learned that she and her husband had used in vitro fertilization to conceive their first child. Since the month of June, her husband suggested that the time had come to take RV with the doctors for a second pregnancy. At the beginning of November, a few weeks after the start of her training, she triumphantly announced that the baby was on his way naturally!

Very recently, it is research on internet that had led a young veteran to see me. Since he has been injured in war, he is suffering from a post-traumatic stress disorder including fatigue, poor sleep, mood swings, anxiety and an excessive consummation of alcohol.  This young officer was able to have a dozen sessions 2 year prior and had really appreciated the relaxing effect of the training.  Assigned elsewhere, he could not continue his training.

Realizing that his previous training was not sufficient to have a lasting effect and willing to take his life back in hand, he decided to train with me. When he came for the second session, he told me that he had felt a lot of relief.  The knot in his stomach that he felt the week before was gone for a least 5 days. In addition, these 5 days had gone quite well. He felt more pro-active at work and had much less cravings for alcohol over the week-end (his wife didn’t have to hide the bottles as she used to do it).  As this effect of better-being had faded, he was very eager to have his session.

As Doctor van der Kolk eloquently expressed it in his book, neurofeedback is an incredibly innovating and remarkable method that considerably contribute to feel fully alive and present at each moment.

[1]Pierre Janet is a major French psychologist of the end of the XIX th century.

[2]Serbern Fisher has tremendously contributed to make the neurofeedback better known thanks to her book Neurofeedback in the treatment of developmental trauma, Norton, 2014.

[3]Names have been changed